were managed by Bob Brocklebank, but were already doomed to relegation. Fate decreed that Leeds Manager Raich Carter, in his hour of triumph, would take his new team back to face the club he had played for and managed in the early fifties. He had assembled a fine side in those times with the likes of Don Revie and England International Centre Half Cornelius (Neil) Franklin. They declined somewhat after he left and had moved on in the first half of the season. City still had their brilliant goalkeeper, Billy Bly, and quicksilver legend Stan Mortensen, but neither played in the match. Bernard Fisher deputised in goal while they still had Viggo Jensen and Andy ‘Jock’ Davidson in defence and Tommy Martin, David Fraser and Bill Bradbury further up the field.

needed only a draw from this, their final game to ensure promotion. 15,000 fans made the trip to , and the travelling faithful were soon dancing with delight as John Charles scored with a left foot thunderbolt. It had only taken the giant Welshman six minutes before he made a superb run through the Hull defence and the brilliant left-foot shot was a fitting climax to a piece of individual brilliance. soon hit back as David Fraser sent across a low centre for Tommy Martin to sweep the ball home for the equaliser after 13 minutes, as United seemed to suffer from stage-fright. It was only temporary and gradually United reclaimed the ascendancy.

On the hour “wee” George Meek, who had teased the life out of Viggo Jensen, was sent sprawling in the area. Charles hit the resulting penalty, his twenty-ninth goal for the season, with such force that the keeper wisely dived out of its way. United were ahead and never looked in danger again.

Harold Brook got two more, in the seventy-eighth and eightieth minutes, after the irrepressible Meek had created the openings, for United to run out 4-1 winners. John Charles and could now sample First Division opposition in the coming season, and the First Division teams would suffer first hand the awesome power and aerial ability of the mighty Welshman. 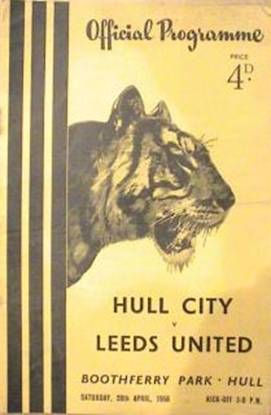 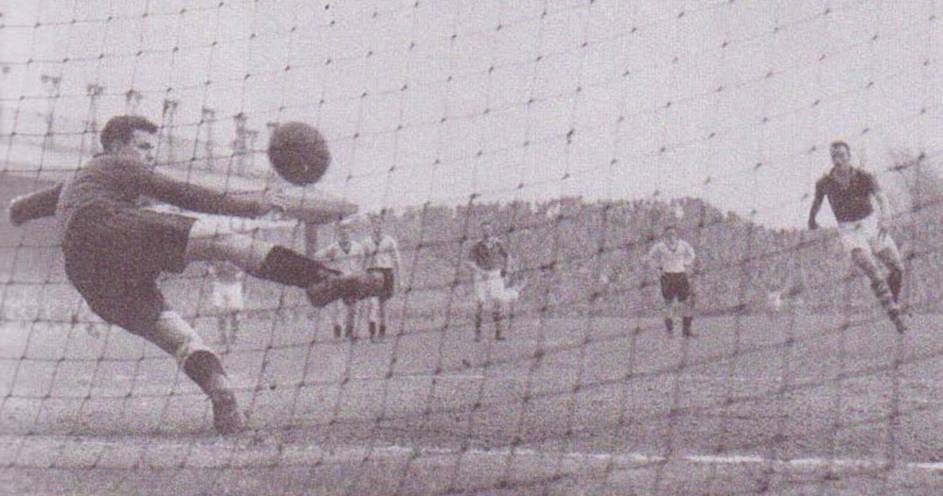 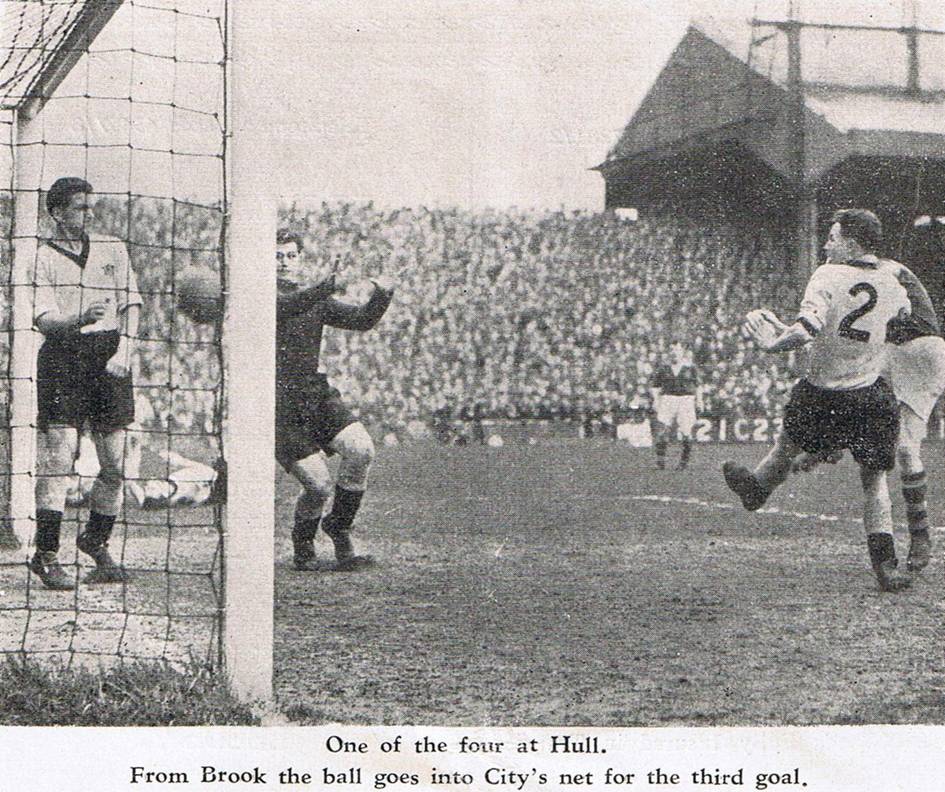 (Above photo courtesy of Mark Ledgard) 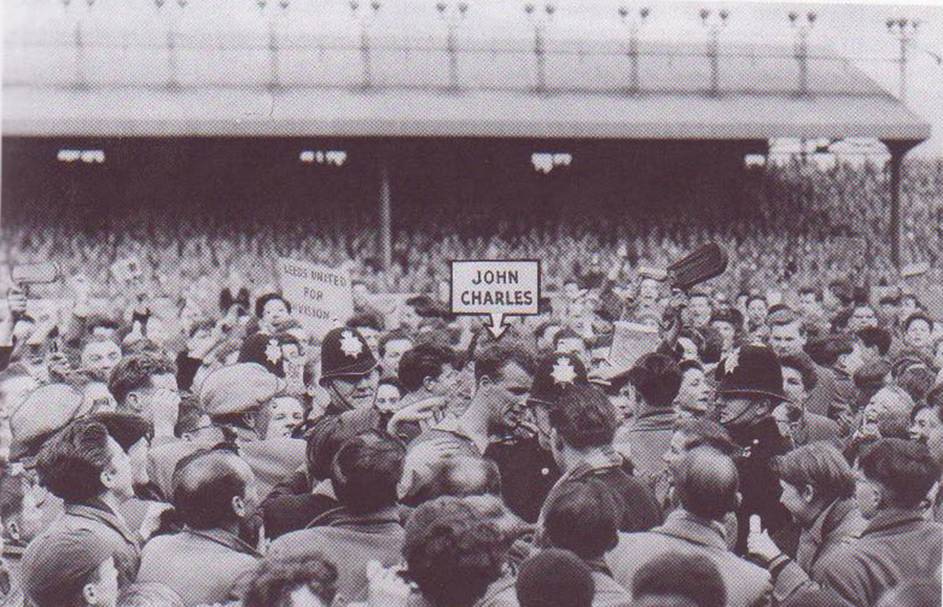 John Charles mobbed by Fans at at the final whistle. 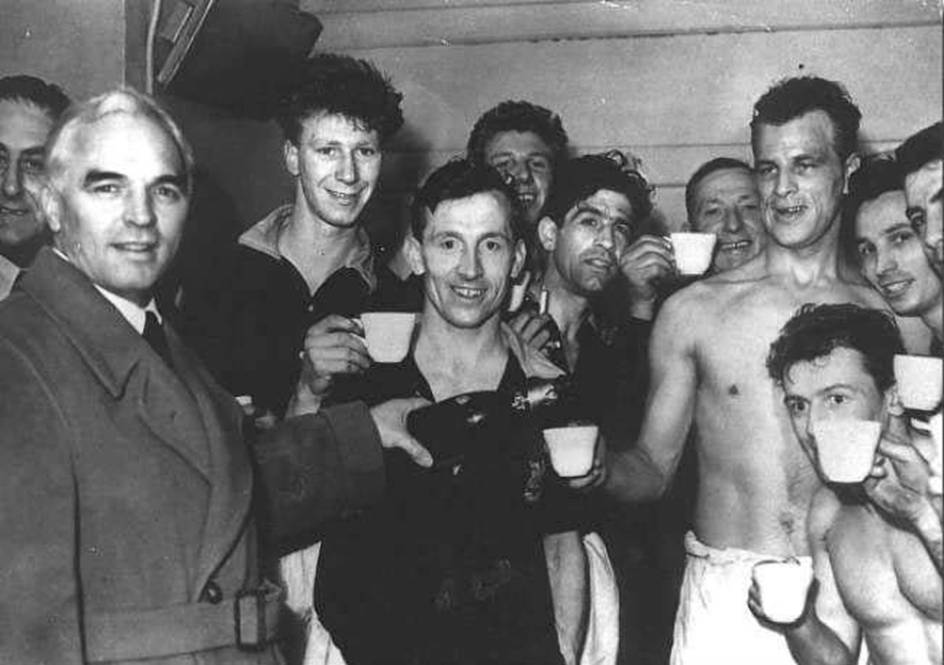 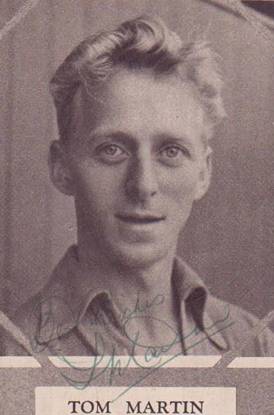 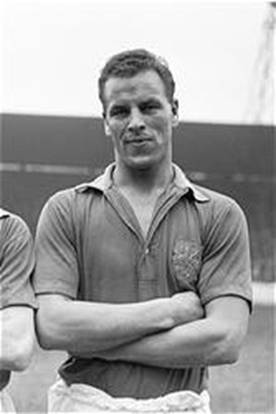 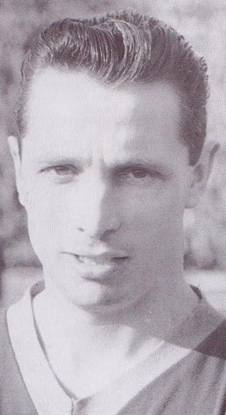 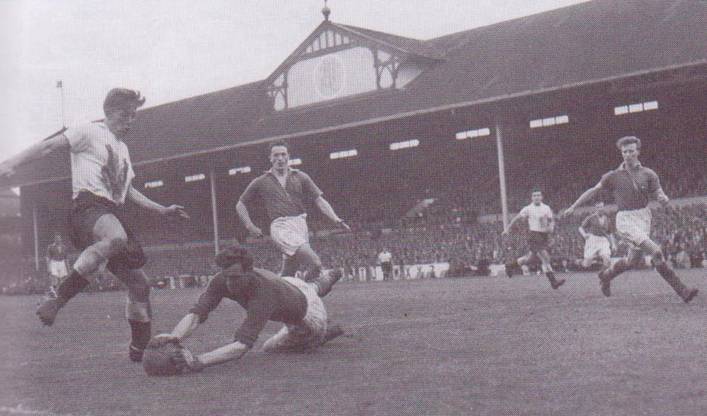 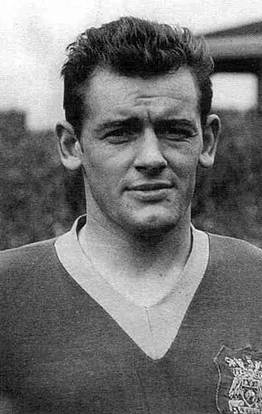 dived at the feet of Terry Medwin at . 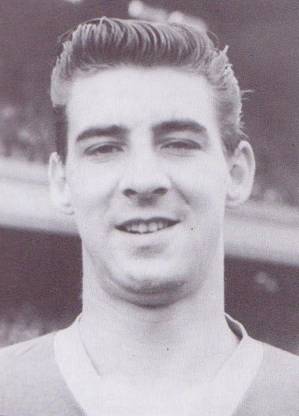 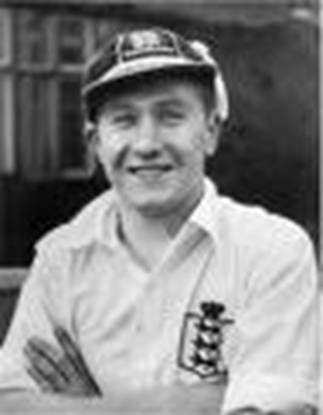 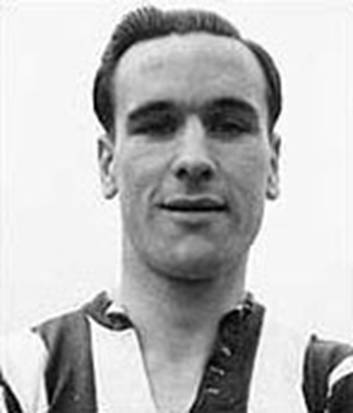 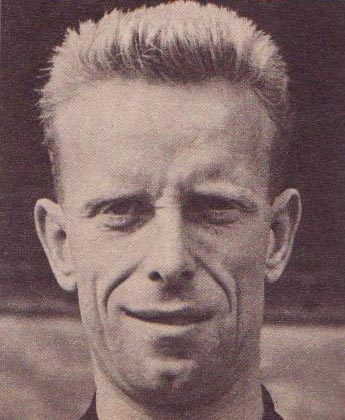 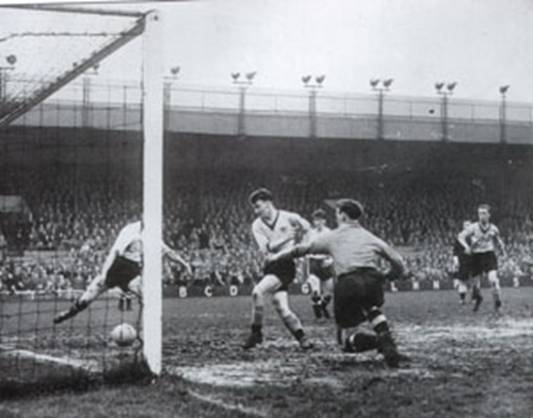 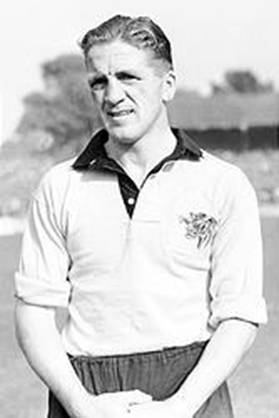 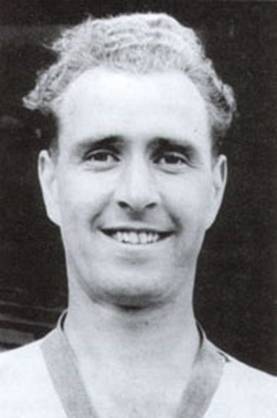 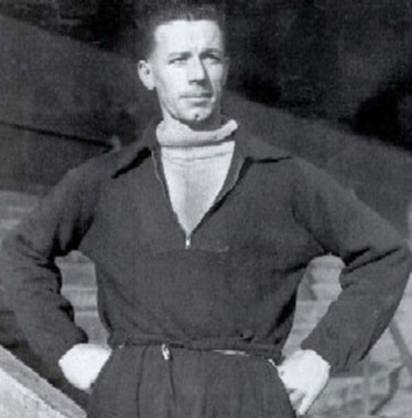