Gary Speed followed up his superb match-winning strike against Notts County at Meadow Lane with a seventy-second minute winner against Jim Smith’s First Division promotion candidates at the Baseball Ground. The Welsh international’s heading ability is one of his strong points but he managed only three goals in the whole of the 1994-95 season however this strike against the Rams, a far post header to an in-swinging corner from Nigel Worthington, was already his fifth of the 1995-96 campaign.

Manager Howard Wilkinson was quite surprised that Speed was playing at all in the match, he had missed the goalless draw at the previous Saturday with knee ligament damage sustained in the 5-3 defeat against PSV Eindhoven the previous midweek, but to Wilko’s great surprise and delight the Welsh international declared himself fit.

Derby began in enthusiastic fashion but United, employing their triple central defence of David Wetherall, John Pemberton and Paul Beesley, spent much of the first half on the back foot and they suffered a couple of scary moments. Skipper Robin Van der Laan flashed a header just wide from a corner, Gary Kelly pulled off a last-ditch headed clearance from Ron Willems and John Lukic managed to tip a Dean Yates header over the bar.

Gary McAllister was covering plenty of ground and making tackles as well as trying to get United moving in attack and he was denied a goal in the twenty-third minute when Lee Carsley cleared off the line with a diving header. Russell Hoult had to be alert to tip over a Gary Speed teaser but Ron Willems missed a golden opportunity to give the Rams a well deserved lead just on half-time.

It was a different story after the break as United started to get on top and with steadier finishing could have finished with more goals than they did. Yates cleared a shot from McAllister off the line and then Tony Yeboah seemed certain to end his four game ‘drought’ but his shot hit the keeper, as did McAllister minutes later. The long awaited breakthrough finally came from a well rehearsed set-piece. Nigel Worthington, deputising for the injured Tony Dorigo, sent over an in-swinging corner and Speed out-jumped everyone at the far post to head home the winner. 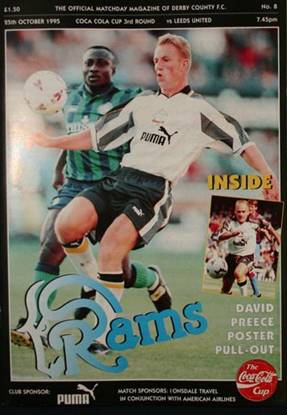 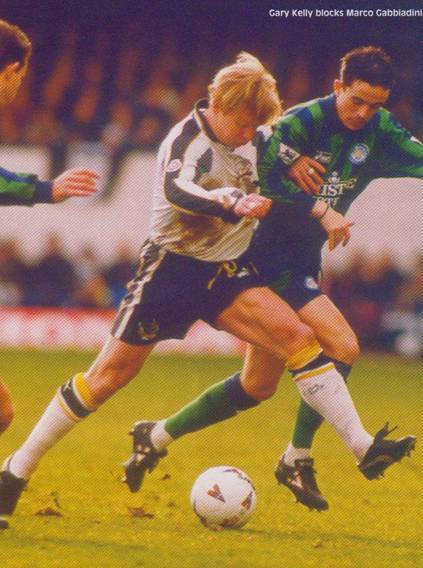 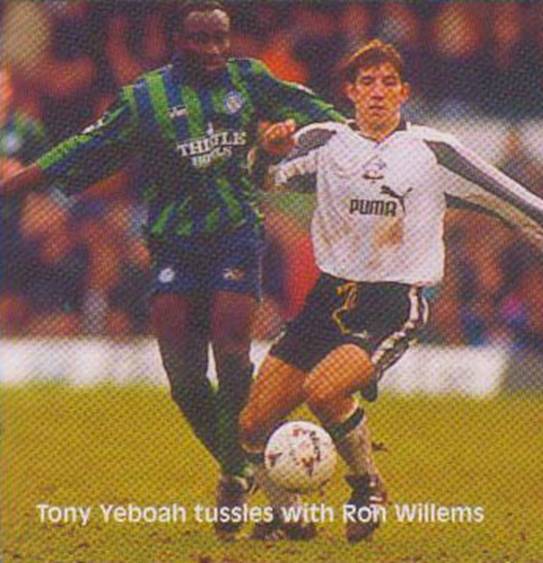 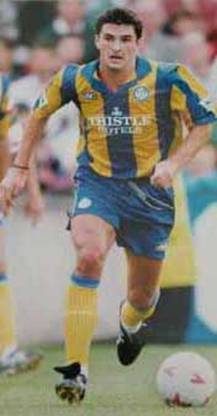 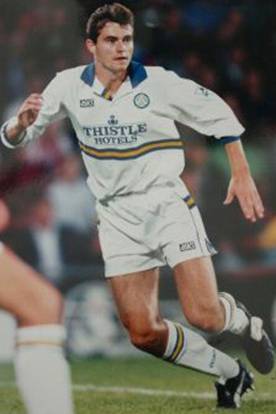 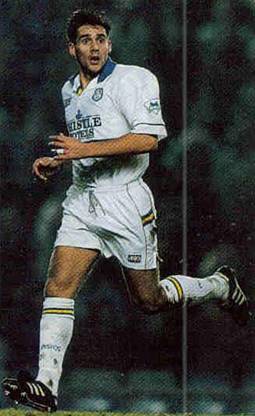 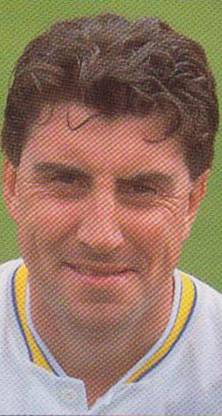 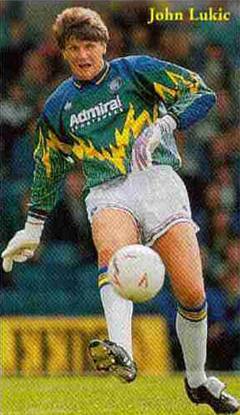 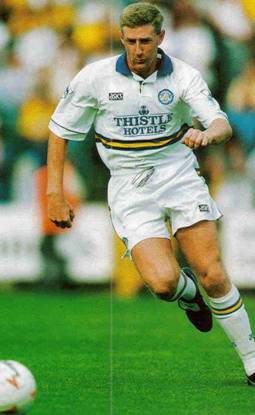 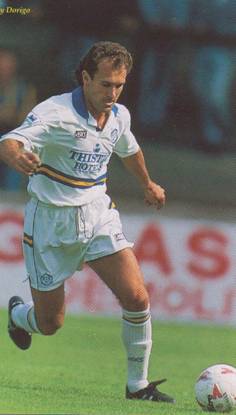 John Lukic tipped over the bar           Gary Kelly saved with last-ditch     A cross from Nigel Worthington, deputising for Tony Dorigo, 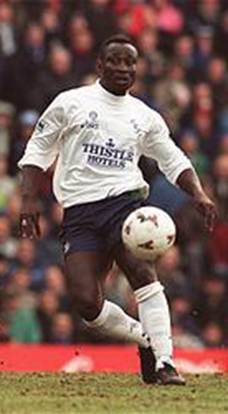 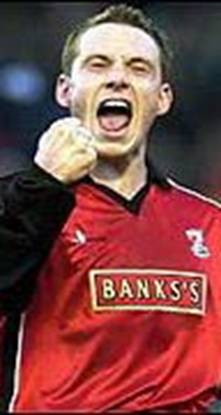 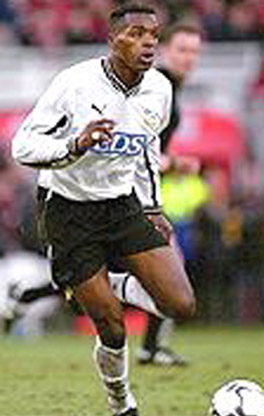 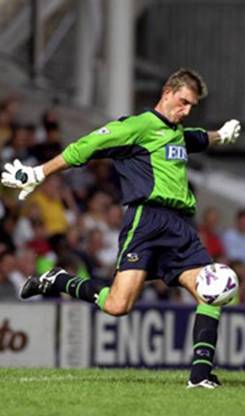 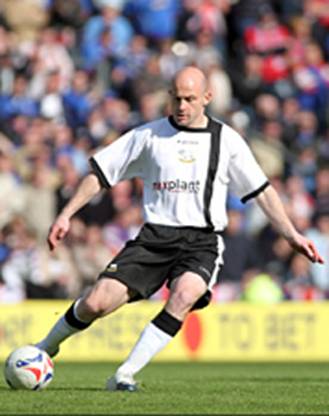 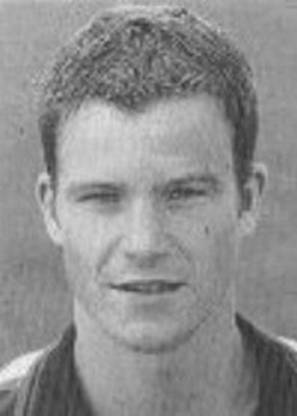 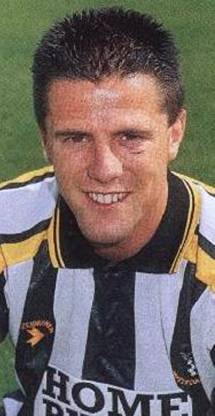 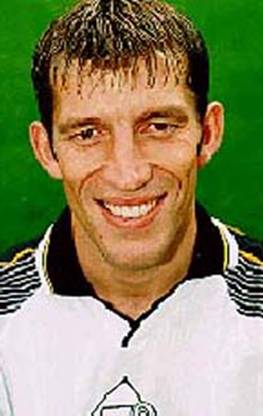 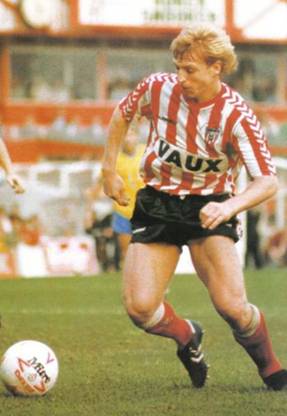 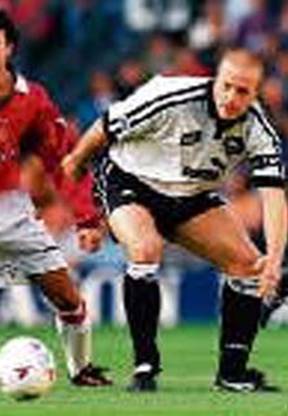 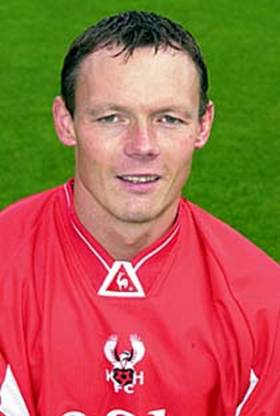 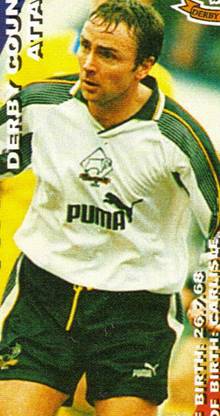