This was the game when some claim United first wore the famous all-white strip, usually attributed to Don Revie but clearly preceded his appointment as manager in March 1961, there were certainly times previous to this game when a similar strip was used as a picture of George Meek and George O’Brien shows. George O’Brien came to from in March 1957 and departed for Southampton in July 1959 and ‘wee Georgie’ Meek had also departed for in August 1960. It would be fair to say that the photo was taken in either the 1957-58 or 1958-59 season. As can be seen from the pictures, it was not, in fact, the all-white of Real Madrid, adopted by Don Revie, but had a blue and gold V-neck and matching trim on the sleeve and piping on the shorts.

The match itself was a very exciting 4-4 draw with an own goal, a goal from defender and captain for the day Freddie Goodwin, a penalty from Bobby Cameron and one from the ever reliable and prolific John McCole, who finished as United’s top scorer with 20 league goals from thirty-five games as well as another four in five Cup games, which was an exception return for a striker in a very struggling team. Don Revie, United’s captain was unavailable due to injury. 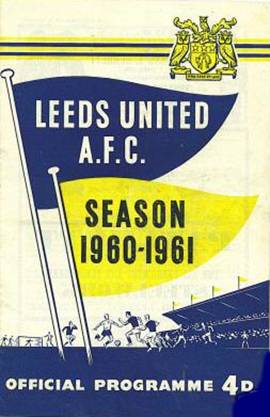 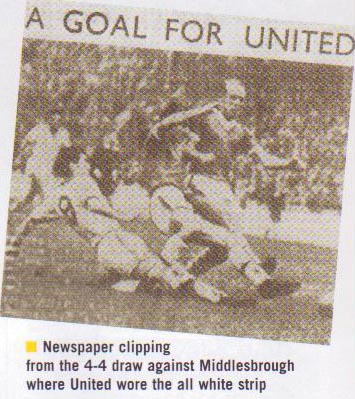 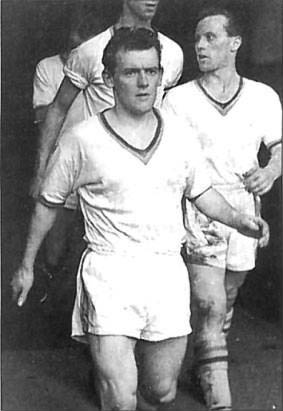 George Meek and George O’Brien in 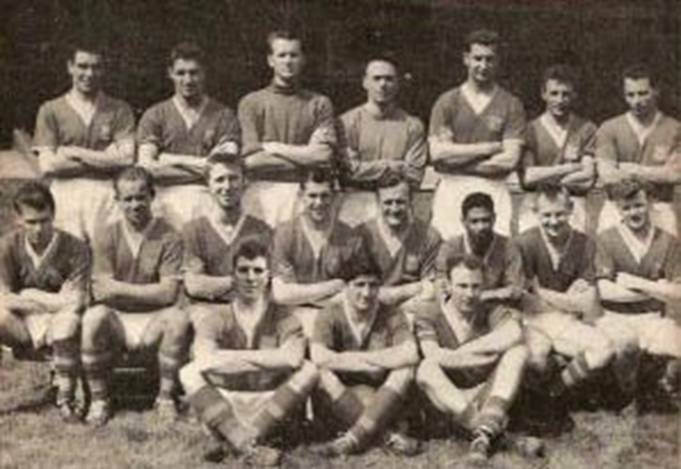 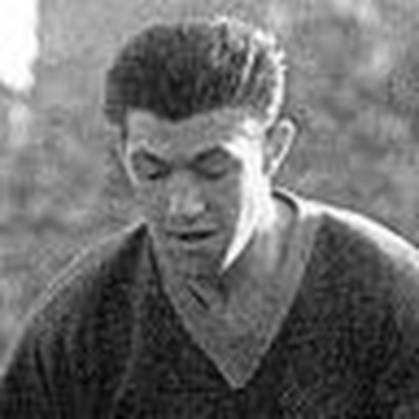 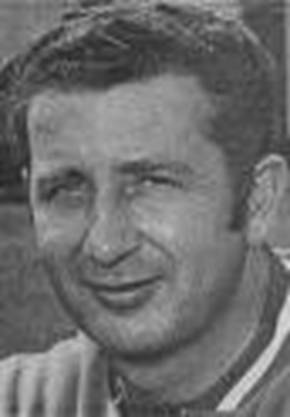