Leeds United’s highly talented youngsters set the seal on a memorable season when they disposed of to add the coveted FA Youth Cup to their trophy cupboard. Having already won the Northern Intermediate League Championship trophy, Paul Hart’s budding stars turned out at and completed the job they had begun so well at in the first leg. They went into the second leg with a 2-1 advantage and though they had to battle hard against a tenacious hard tackling Palace side, striker Lee Matthews finally knocked the fight out of the South East London side with an eighty-second minute goal. It was the Middlesbrough-born striker’s thirty-second goal of the campaign.

United’s football was not quite as free-flowing on the night as it had been for the rest of the season, but Palace set out in determined fashion, tackling quickly and striving to put pressure on as they sought the goal that would bring them on level terms on aggregate. It was Palace that created the most danger in the first half, but Paul Robinson, whose mistake gifted Palace their goal in the first leg, atoned in this leg. The seventeen-year-old from Beverley showed what a promising goalkeeper he was by pulling of a brilliant one handed save in the sixth minute to deny David Stevens, and twenty minutes later he tipped away a dangerous cross from left winger Tony Folan as two attackers waited to pounce.

Lee Matthews could have put United ahead on the night in the thirty-sixth minute but he headed Alan Maybury’s cross over from six yards. United’s young player of the year, Stephen McPhail, who was sent off in the first leg, produced some neat football again and he did the spadework for the goal and then provided an excellent cross. Kevin Dixon worked tirelessly in midfield and Damien Lynch was solid at the centre of defence where Jonathan Woodgate, after an indifferent start, became his usual assured self.

Matthew Jones worked hard up front though he missed the easiest of scoring chances just after the hour when Lee Matthews created a great close range opening for him. Leeds-born Andrew Wright livened things up considerably when he came on as a sixty-seventh minute substitute with some tricky wing play and went close to a goal on his first run with the ball. Palace who committed eighteen fouls, twice as many as United, had David Stevens sent off eighteen minutes from time, after a second yellow and also had skipper Hayden Mullins and central defender David Woozley booked. There was no doubting that it was United’s night. 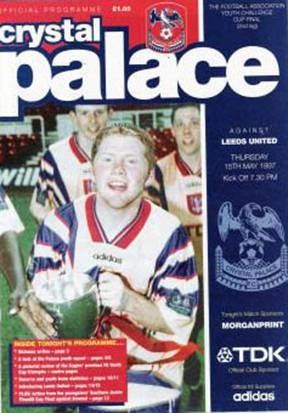 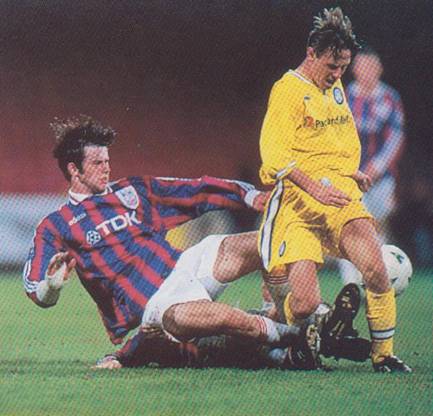 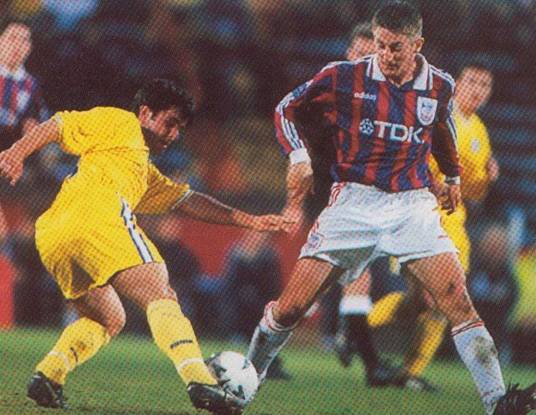 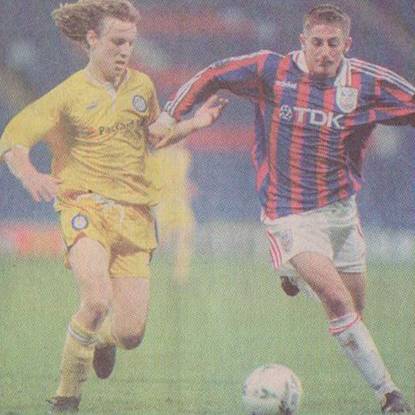 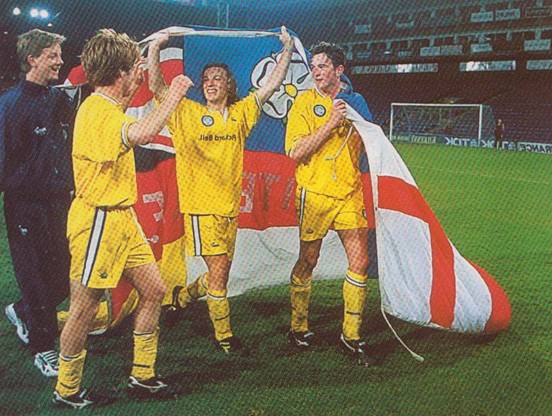 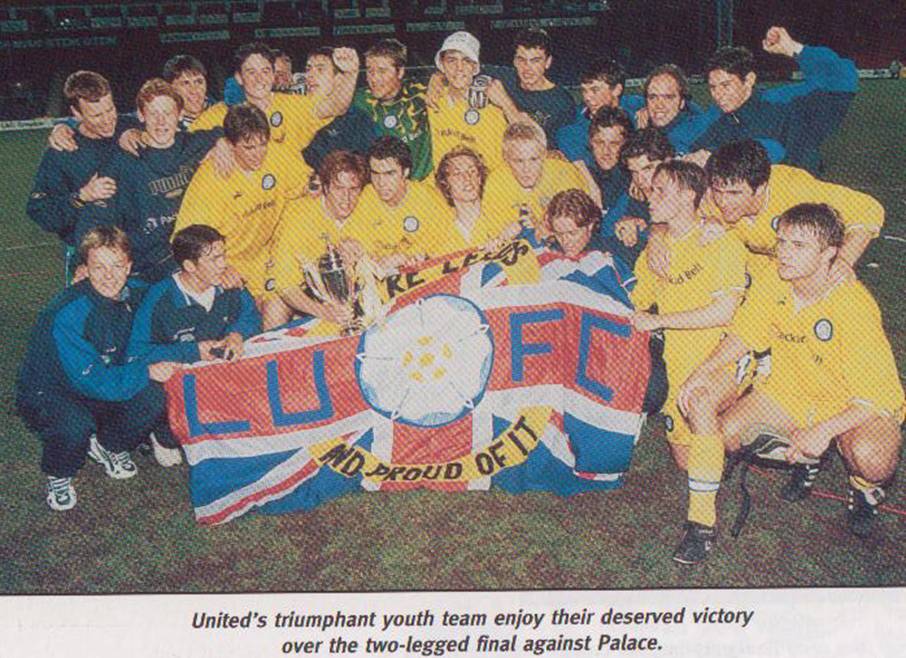 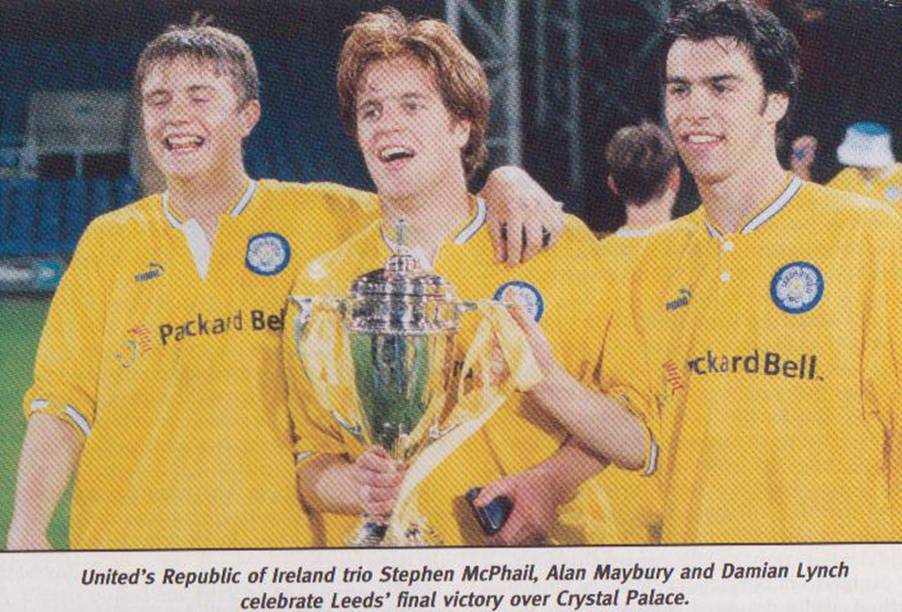 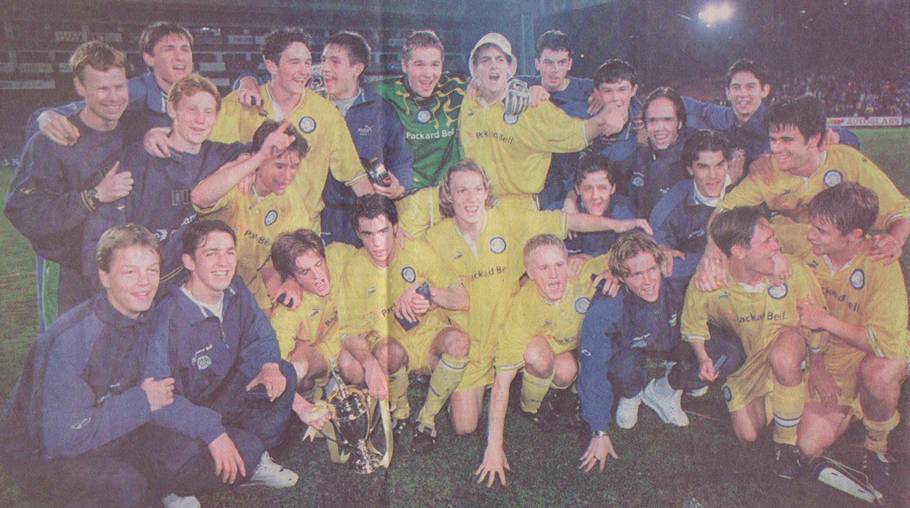 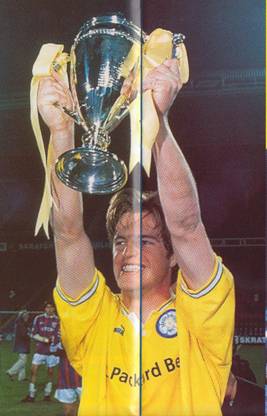 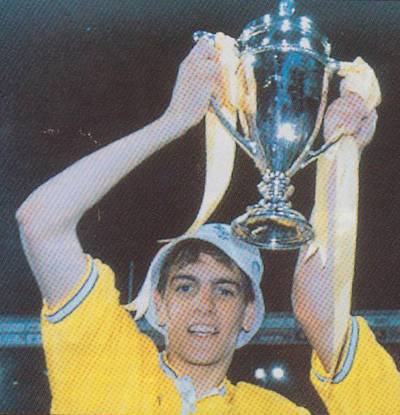 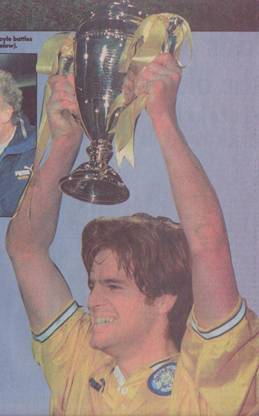 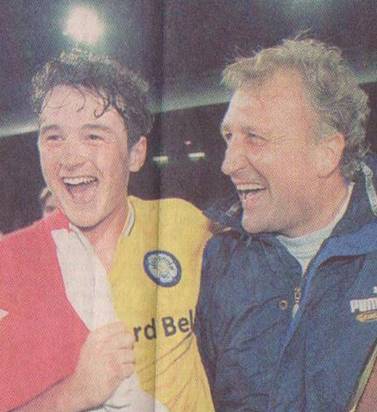 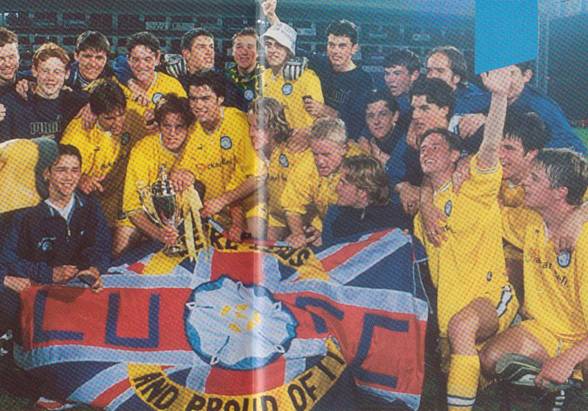 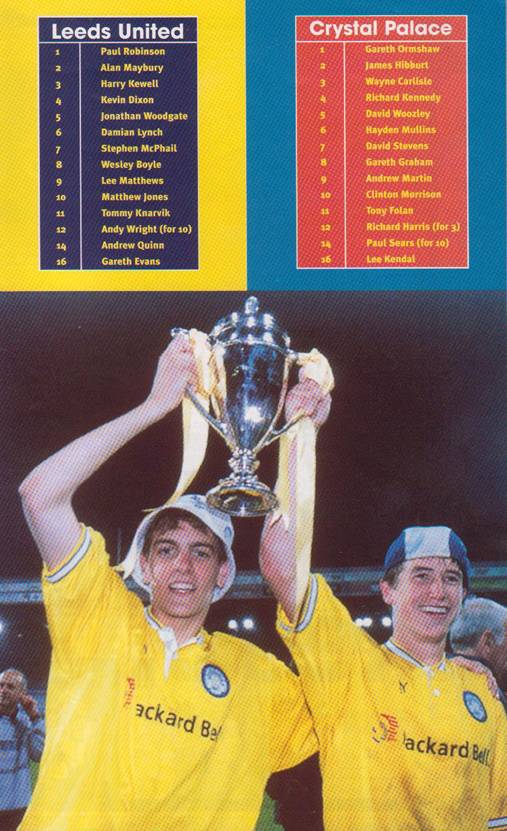 Team-sheet and Jonathan Woodgate and Harry Kewell with Cup