Teenage strike sensation Alan Smith notched the first FA Cup goals of his budding career to ease United into the Fourth Round of the FA Cup. Rothwell-born Smith hit the target in the twenty-second and fifty-first minutes of the Third Round Replay to sweep United’s fears away after they had suffered the embarrassment of going a goal down to non-leaguers Rushden & Diamonds. The Football Conference outfit stunned the vast majority of a 39,000 plus crowd by taking an eleventh minute lead with a goal from Carl Heggs to set up a potential giant-killing act.

Smith brought the smiles back to the faces of the home fans when he took advantage of a move started by Lucas Radebe and flicked on by Jimmy-Floyd Hasselbaink, to run through and beat Rushden keeper Ian Feuer with great confidence and relative ease after twenty-two minutes, and he crowned a sparkling display with another cracking goal in the fifty-first minute as United, held to a goalless draw in the first meeting at Nene Park ten days previous, went ahead for the first time in this intriguing Third Round tie. As with United’s first strike, Jimmy-Floyd Hasselbaink showing better form than in recent games, played a part in the build-up by taking an accurate cross from Harry Kewell, to play the ball back to Alan Smith and United’s rising young star drilled it past Ian Feuer from eighteen yards with a cool assurance that belied his years.

Alan Smith’s two goal blast, which doubled his career tally of goals after his strikes against Liverpool and Chelsea in his first two EPL appearances, and a third strike from Jimmy-Floyd Hasselbaink in the sixty-seventh minute effectively put paid to Rushden’s hopes of writing themselves into FA Cup folklore. Earlier David O’Leary’s gamble on the fitness of Lucas Radebe backfired as he was outpaced by Miquel Da Souza in a run to the edge of the box and his cross whizzed around the area like a pinball until Carl Heggs supplied the finish. Heggs, who had recently cost £40,000 from , had finally put the ball into the United net after a goalmouth scramble and sent the 2,700 travelling Rushden fans wild with delight, and they had thoughts of a major upset for the next eleven minutes.

United kept their heads and refused to become rattled and got their reward. They dominated play after the break and after Alan Smith knocked in the second they looked decidedly more comfortable as they had a succession of shots, they finished up with over thirty attempts on goal, and the Rushden keeper, Ian Feuer, enhanced his reputation with a series of fine saves. There was a bit of nostalgia as Chris Whyte, a mainstay of United’s 1992 Championship-winning side was given a warm welcome as he came on as a substitute for the Diamonds in the last few minutes and that applause was extended to the whole Rushden team as the sporting crowd rose to acknowledge the Rushden team who were defeated but not disgraced. 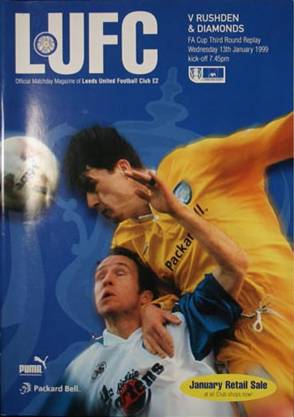 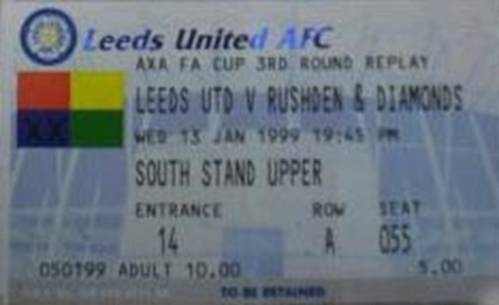 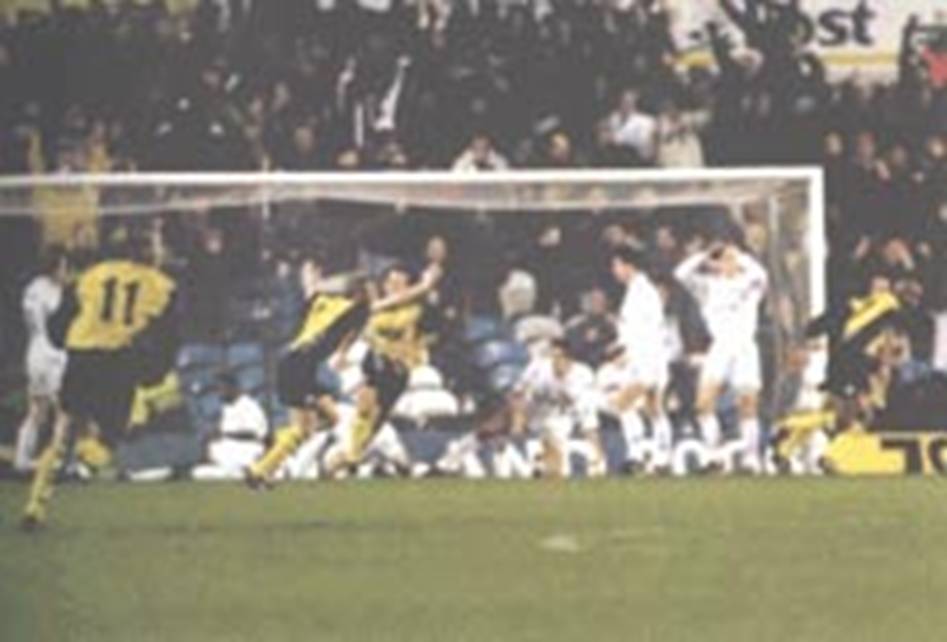 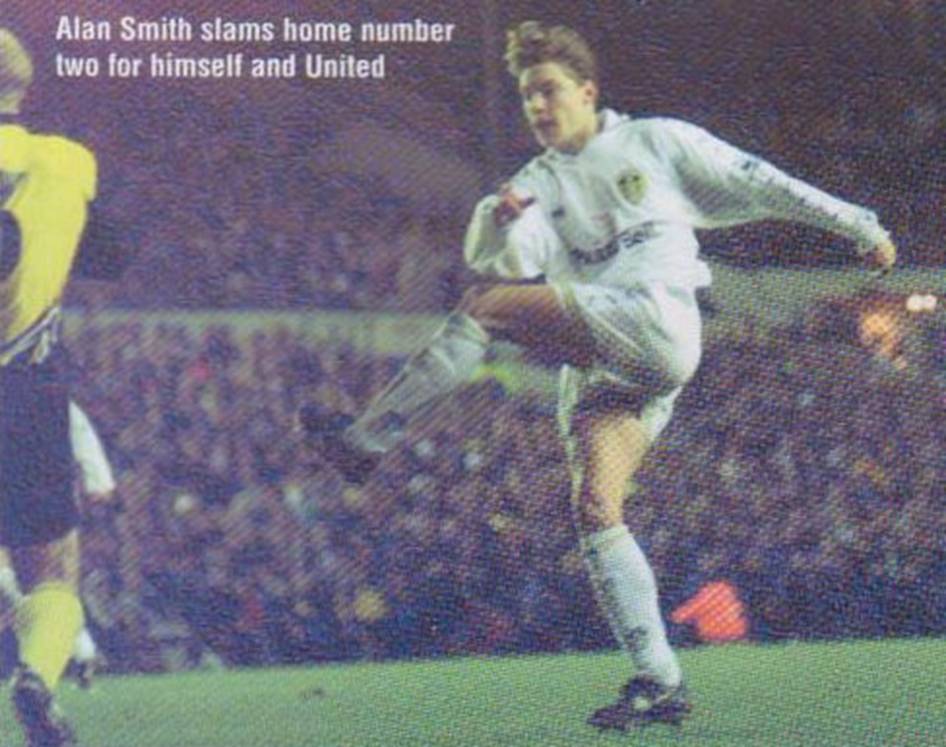 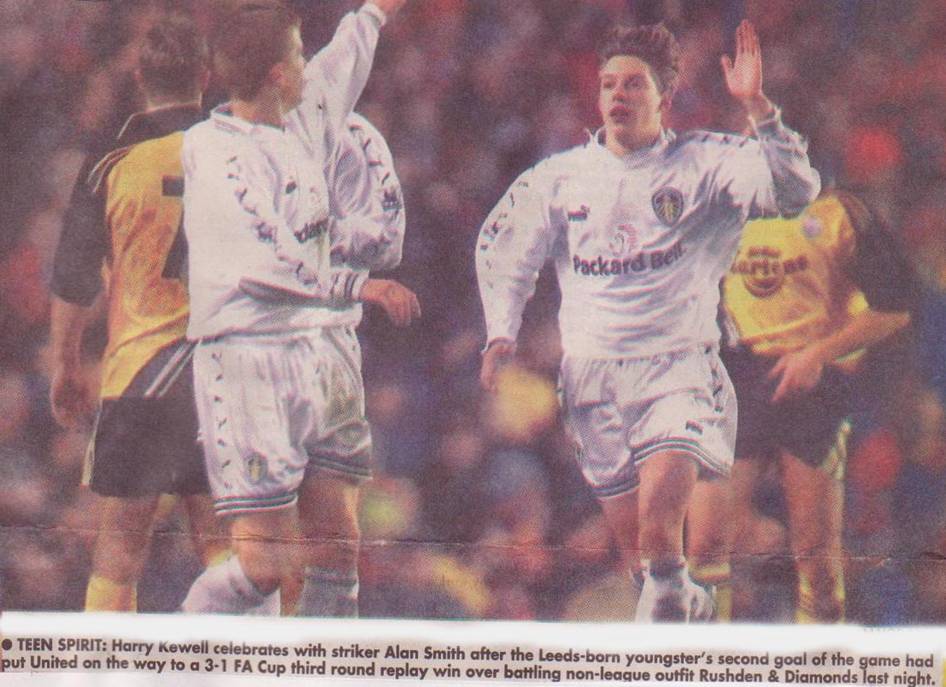 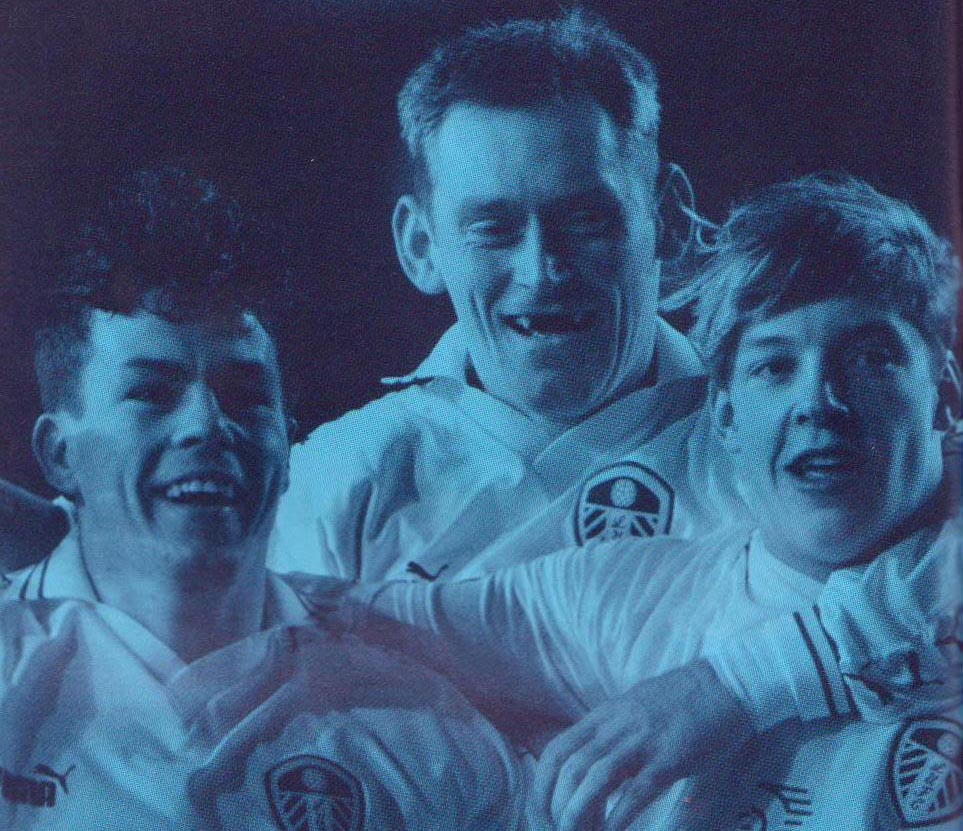 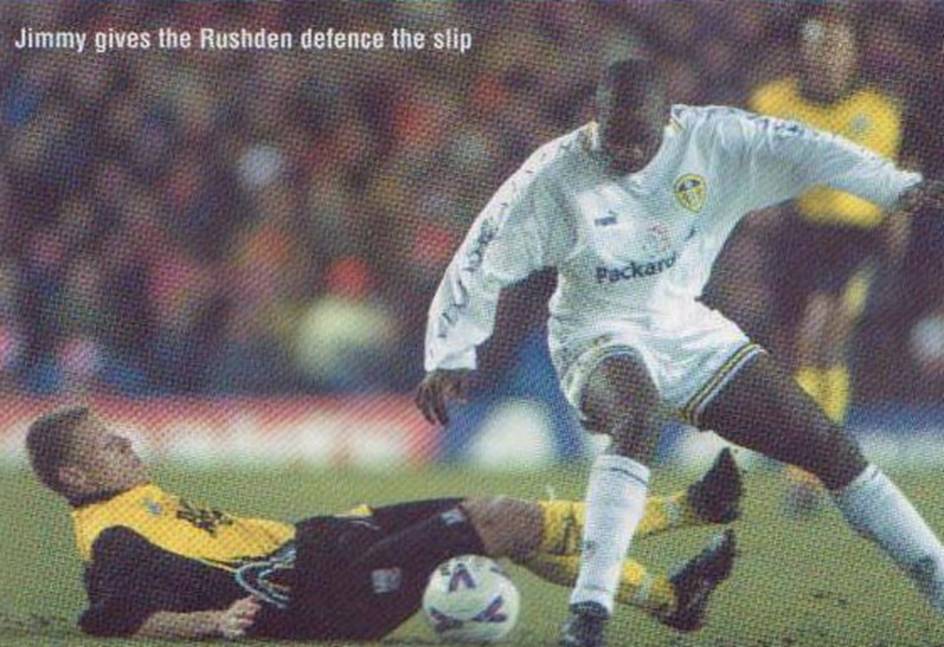 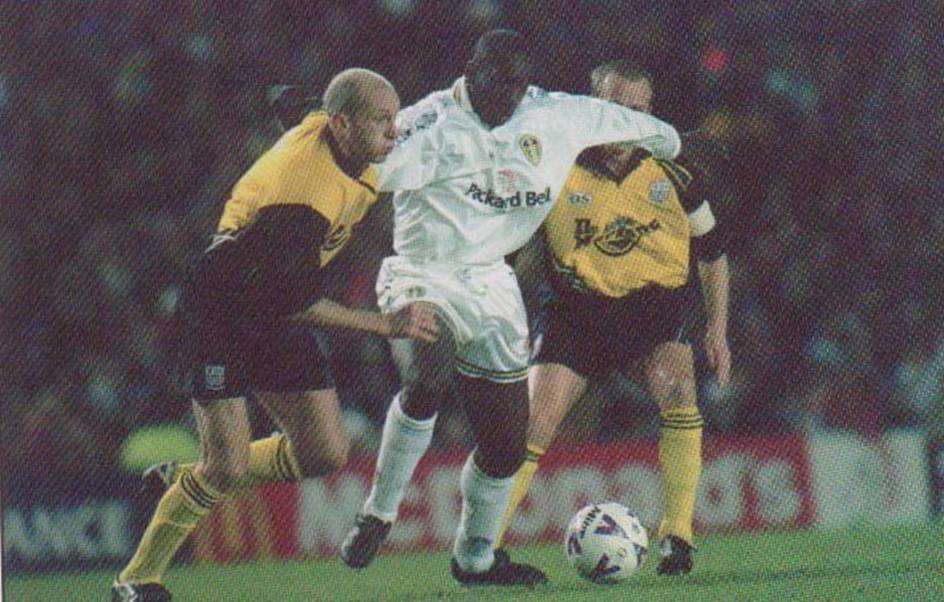 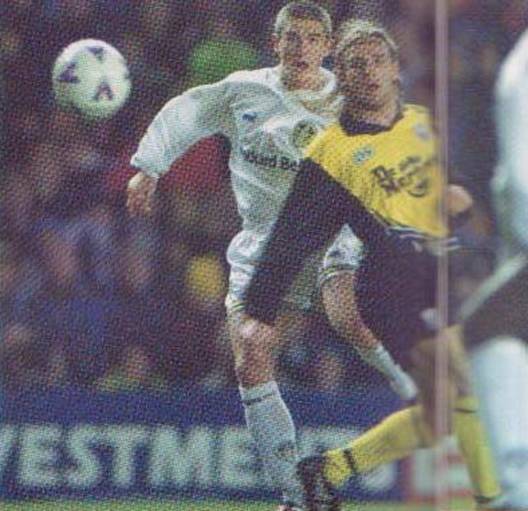 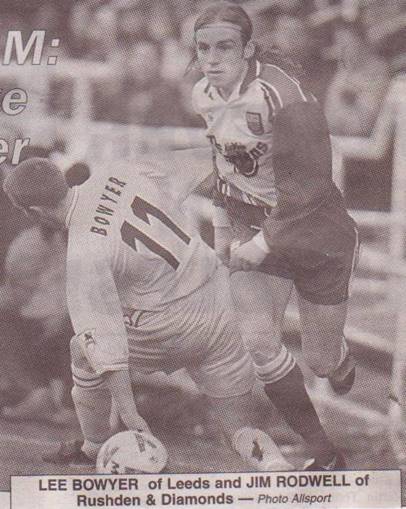 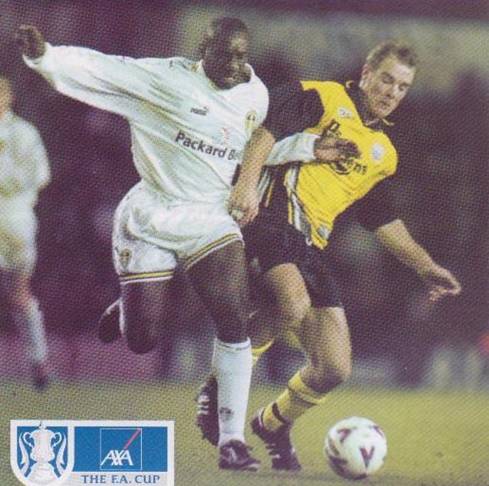 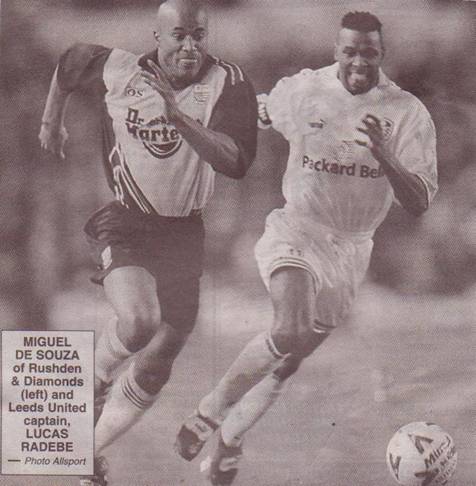 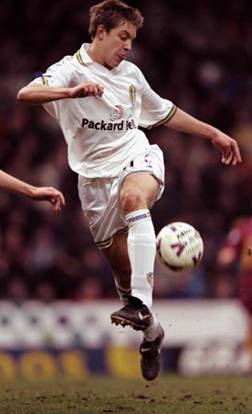 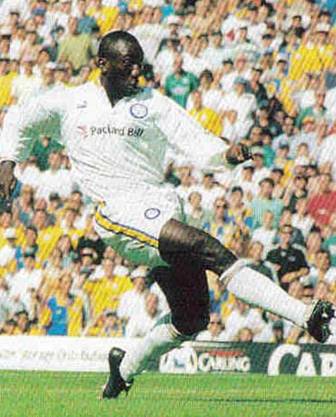 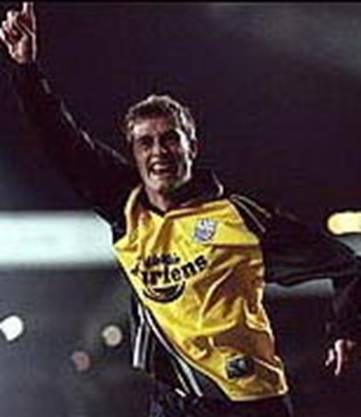 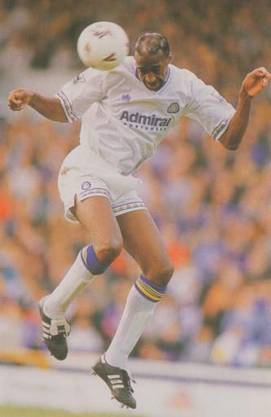 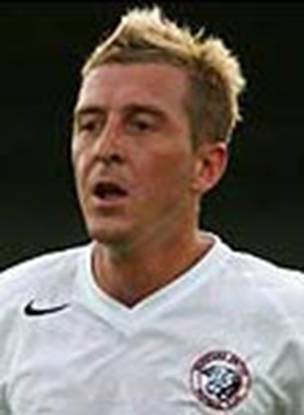 Colin West were the Rushden substitutes