Despite this comprehensive victory the axe fell on Eddie Gray four days later, severing his managerial reign and a twenty-two-year association with the club. The board voted 6-2 in favour of his dismissal because fourteenth place in Division Two was not good enough for a club of United’s stature. Although they did not know it at the time his players, who condemned Gray’s sacking, gave their Manager the best possible send off. There was no hint of the behind-the-scenes activity as United went about their business in with purpose and panache.

Unsettled striker Andy Ritchie was a surprise recall to first team duty when United faced up to in the Milk Cup Second Round, Second Leg away game in October 1985. It was midfield man Ian Snodin, who was being touted as a future player, that took the honours by scoring twice as United triumphed 3-0 to qualify for a home Third Round tie against Aston Villa. There was also an eye-catching performance from young full-back Terry Phelan, who had only made his debut a month earlier.

Having been held by Third Division Walsall to a shock goalless draw in the home leg of the Second Round tie, United, then in the lower half of the Second Division, were tipped as potential victims of a giant-killing act. Confidence had not been helped by the fact that they went into the second leg on the back of a 3-1 away defeat by local rivals . But they got off to an encouraging start when central defender Andy Linighan fired home from close range after goalkeeper Steve Cherry failed to gather John Sheridan’s centre after just ten minutes.

With skipper Peter Lorimer spraying the ball around and the willing legs of Ian Snodin and John Sheridan giving good support to the old maestro, United looked a solis and efficient unit. Andy Linighan and his central defensive partner Martin Dickinson coped comfortably enough with most of the high balls pumped over, and with Gary Hamson and John Sheridan tackling hard in midfield and Ritchie and Ian Baird battling effectively up front, found it difficult to make much of an impact on the game. It was Sheridan’s efforts in midfield that enabled Ian Snodin to get forward more and after a mistake by Peter Hart, he raced away with a fine run to fire in a superb angled twenty-two yard shot in the fortieth minute to put United 2-0 up and emphasise United’s control.

As the second half got underway Mervyn Day, who had been signed from Aston Villa as a replacement for David Harvey, had to make a good save from Gary Childs but United quickly regained their composure and there were no more anxious moments for the keeper after half-time and United were cruising long before the end.. Andy Ritchie had a goal ruled out for offside after a great run by Ian Baird, who later had a volley turned over the bar. The seal was set on United’s victory after eighty-one minutes when Ian Snodin’s quickness got him the better of both Paul Jones and Gary Childs as he squeezed in his second goal and United’s third nine minutes from the end to underline United’s superiority.

The team returned to in a happy mood, but the atmosphere altered dramatically as Eddie Gray’s sacking was a few days after the Cup win. It ended a three and a half year period in the hot seat and a twenty-two year association with the club he had joined as a player straight from school in . Some of the younger players wept openly on hearing of the decision and despite the team’s view that Gray should stay the board stood by their decision, but one of them, Brian Woodward, resigned in disgust.

First: ’s dreams of another money-spinning Milk Cup run vanished with more of a surrender than a defeat at in this game. Second Division Leeds United cruised into the Third Round with an ease that must have amazed them after the first leg goalless draw. Whereas the Saddlers played with passion and skill at , they were outclassed and outfought in front of their own stunned fans and lost 3-0. Walsall gave away two first half goals through sloppy work in defence and that kind of generosity would have lifted Rochdale let alone a side of Leeds’ undoubted quality. Manager Alan Buckley did not mince words. “I have been at this club about thirteen years and know that the fans don’t mind seeing the team beaten, if the players have competed,” he said. “But apart from the opening ten minutes, we did not play with any competitiveness, fire or enthusiasm. All three goals were bad goals.” Goalkeeper Steve Cherry spilled a simple cross from John Sheridan in the tenth minute leaving Andy Linighan an empty net to shoot into for the vital first goal. That seemed to unnerve the whole team, and hard-working skipper Peter Hart gave the ball away to Ian Snodin, who added the second four minutes from half time. Although began to move forwards with greater poise at the start of the second half, there were few genuine shots on target and the damage had been done. It was a total anti-climax, so different to the kind of red-blooded performance people have come to expect from the Saddlers when a bit of Cup glory is available. ’ third goal nine minutes from the end hardly mattered, but came because two players hesitated with a chance to clear and the impressive Ian Snodin scored again. The Saddlers were lacking in direction from midfield, in stark contrast to their opponents for whom thirty-eight-year-old Peter Lorimer showed enthusiasm, drive and grit.

And secondly: Two goals by Ian Snodin and one from Andy Linighan gave Leeds United an emphatic victory over renowned Milk Cup giant-killers Walsall at Fellows Park in this game. From the moment Andy Linighan crashed a tenth minute shot into the roof of the net after goalkeeper Steve Cherry had dropped a John Sheridan cross, Leeds were in full control to lift the gloom surrounding a patchy start to the season. They added a killer second goal through Ian Snodin four minutes before half time and the same player squeezed home the third nine minutes from time following Peter Lorimer’s deep free-kick. Lorimer was the steadying influence in midfield and United were so much on top that goalkeeper Mervyn Day had only a couple of anxious moments, both coming during Walsall’s spirited start to the second half. Steve Cherry partly made up for his earlier error by keeping out efforts from Peter Lorimer and Ian Snodin, while Snodin and Andy Ritchie were inches off target from the edge of the box. But Ian Snodin got his sights right in no uncertain terms when he cracked home the second with a fierce right foot shot from twenty-five yards after a series of slips in the home defence. Mervyn Day then had to dive at Willie Naughton’s feet as the rain lashed down in the second half and Richard O’Kelly and substitute David Kelly failed to trouble him from good chances. But turned on the attacking style almost at will, Andy Ritchie having an effort disallowed for offside and Ian Baird seeing a shot defected just off target. Ian Snodin’s second goal and his side’s third came as United finished in total command with hopes high that they could at last progress beyond the second hurdle of one of the country’s domestic Cup competitions for the first time in six years. Peter Lorimer and Ian Baird were booked for reckless tackles along with ’s Steve Daley and Ken Mower. 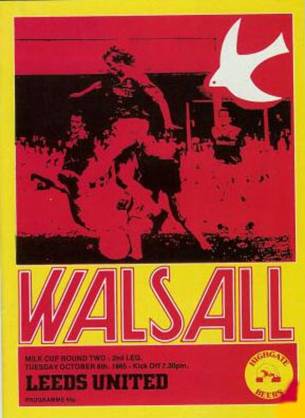 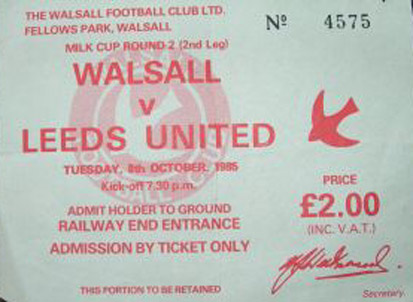 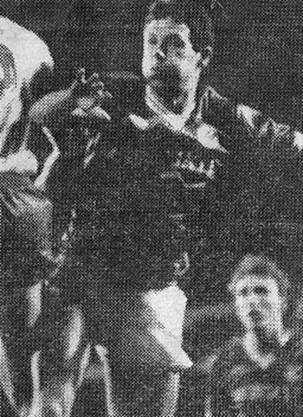 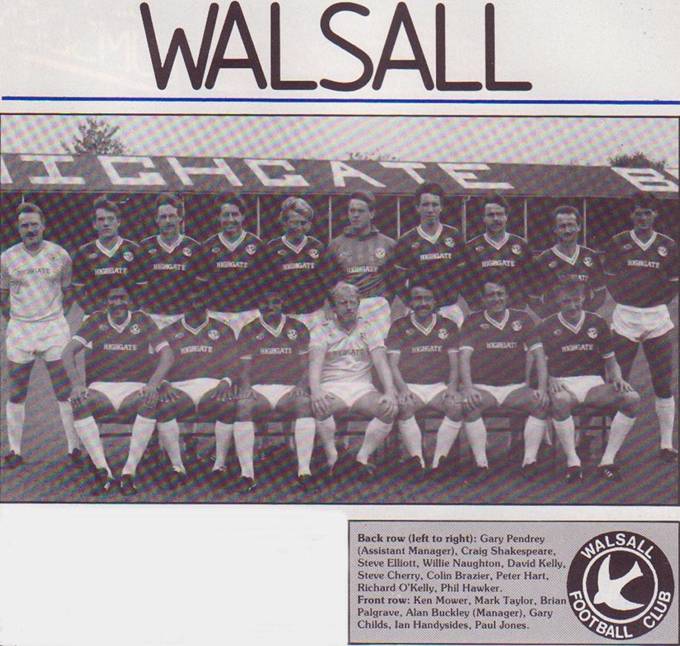 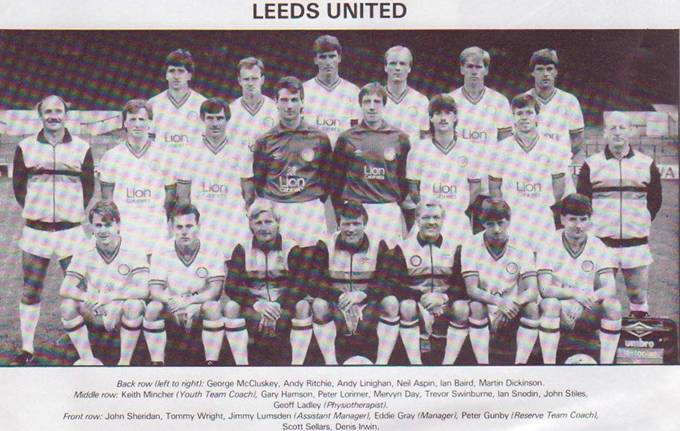 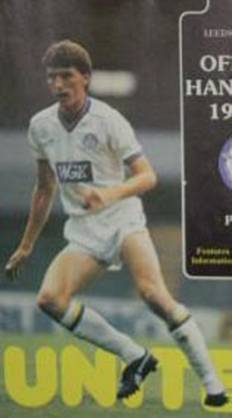 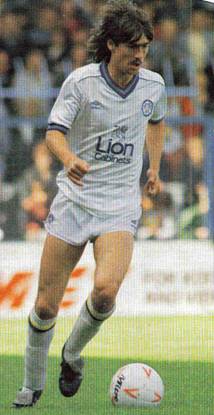 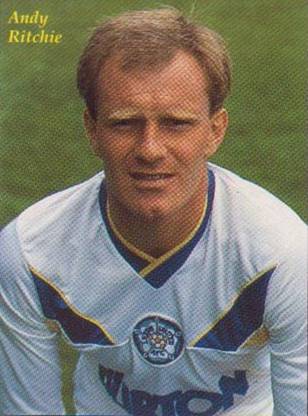 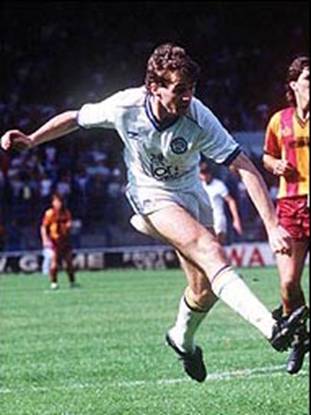 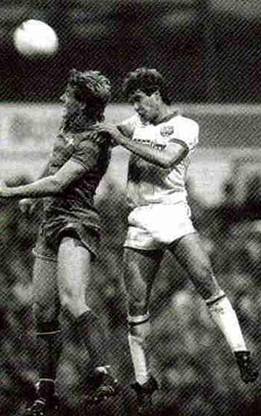 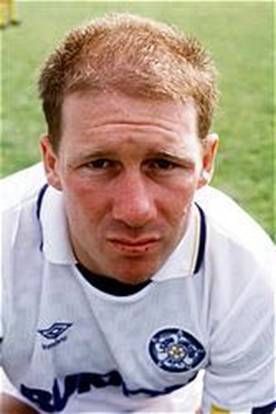 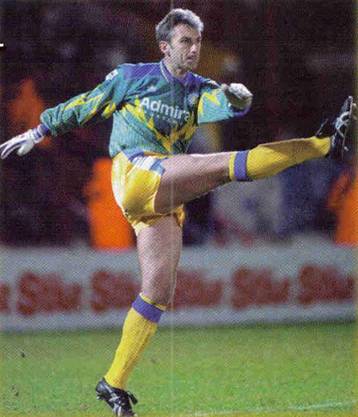 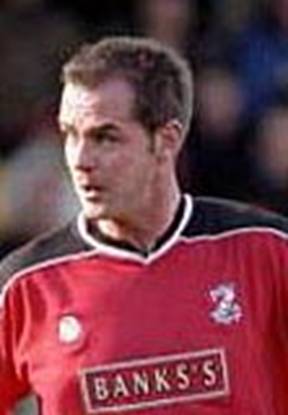 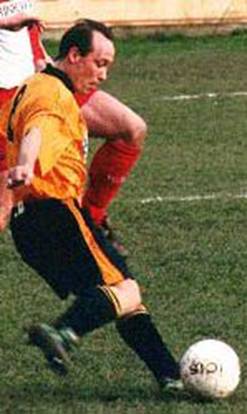 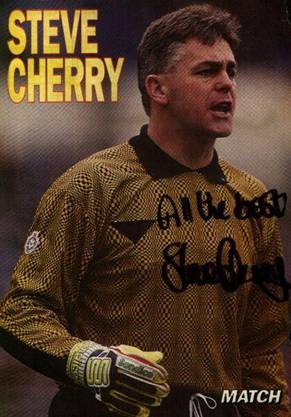 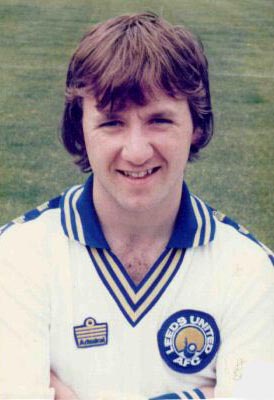