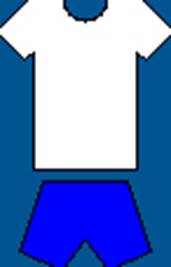 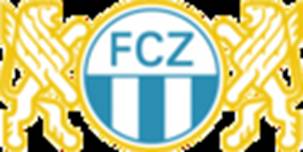 United were a club in turmoil when they embarked on their second European Cup campaign. After the departure of Don Revie to take over the post of ’s Manager and Brian Clough’s forty-four-day fiasco, United’s First Round game with FC Zurich was under the temporary control of care-taker manager Maurice Lindley. He had just five days to prepare United for their European clash. It didn’t appear to have too much of an adverse effect on the players as his side rolled back the years with a brilliant performance, beating 1FC Zurich, the champions of Switzerland, 4-1 in the First Leg at Elland Road. Allan Clarke opened the scoring after a quarter of an hour and then Peter Lorimer converted a penalty ten minutes later to double the lead. Clarke got his second and ’ third three minutes before the interval and Joe Jordan was quick off the mark in the second half when he scored after just two minutes to give United an unassailable 4-0 lead. Unfortunately with only two minutes to go Katic scored for FC Zurich to cut United’s advantage for the second leg to three as they won 4-1.

It took United just fourteen minutes to get their European bandwagon on the move. Joe Jordan headed a Paul Madeley cross into the path of Allan Clarke and he swept the ball through a crowd of players past goalkeeper Karl Grob. By Half-time were home and dry. After twenty-five minutes Peter Lorimer scored from the penalty spot when Joe Jordan had been floored by Hilmar Zigerlig, who was also at fault for the third goal. The hapless defender was caught in possession by Allan Clarke, who exchanged passes with Joe Jordan before slotting home a shot from an acute angle a minute before the interval.

United showed no signs of letting up after half-time. Terry Cooper, playing his first European Cup match for three years, after recovering from a broken leg in a League game at , produced a classic moment straight after the second half had commenced. Once regarded as ’s greatest attacking full-back, Cooper bombed down the left, push the ball round Ernst Rutschmann one way, and ran round the other, and whipped in a superb cross which Joe Jordan, running in at full speed, sent crashing past Karl Grob with his head. grabbed a consolation goal in the final minute when United’s markers failed to do their job and Jakob Kuhn broke away to centre for Ilija Katic to head past David Harvey at the near post. But that could not strip the gloss from another European night which left Maurice Lindley a proud man. “People were beginning to think that it was not there any more, but it could have been six,seven or eight tonight. They went out and showed they could still play and just relieved themselves of all the pressures,” he said. 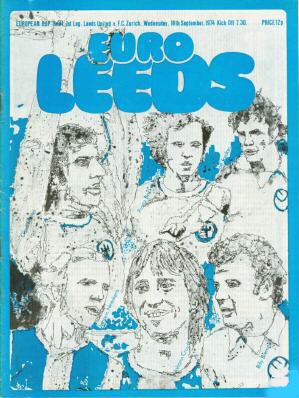 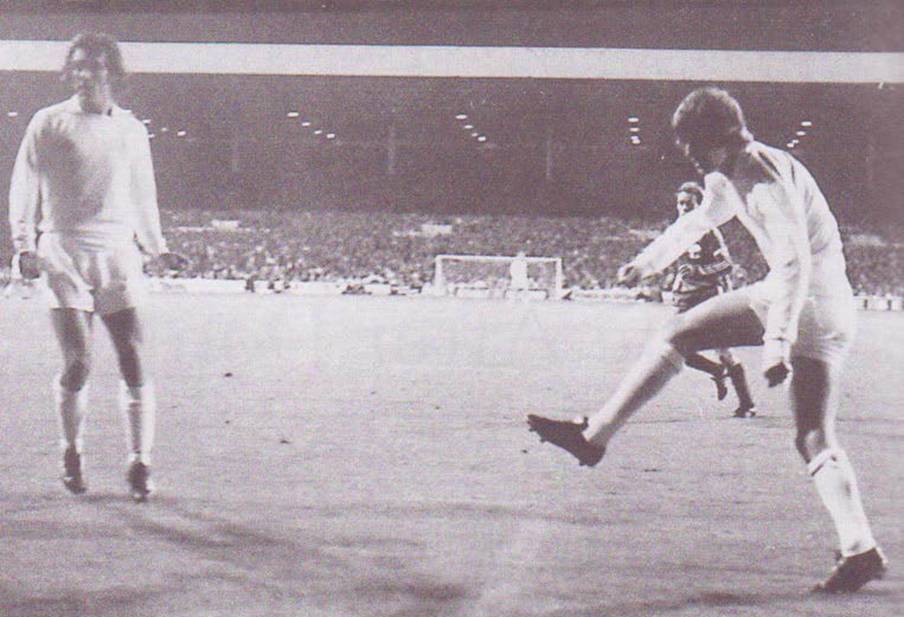 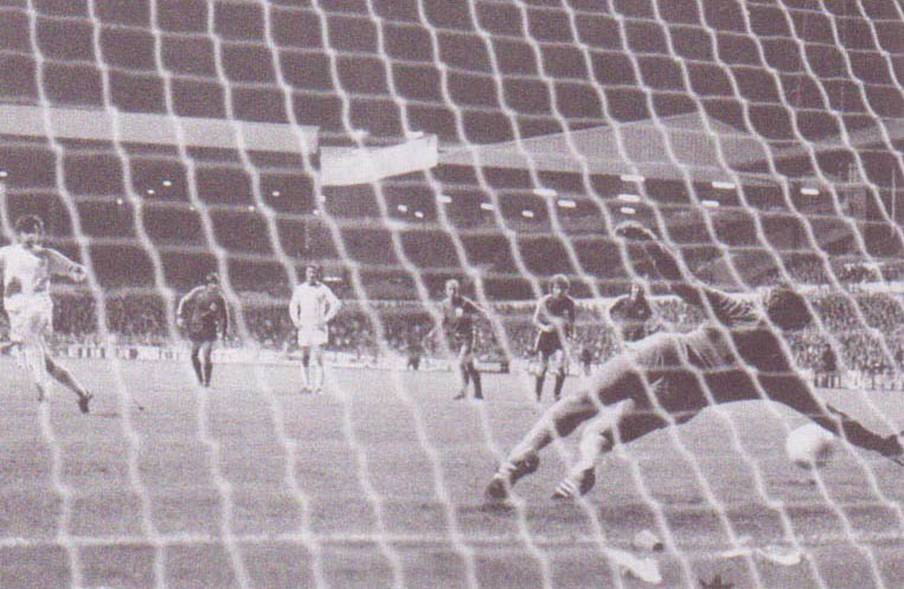 Peter Lorimer gets United’s second from the penalty spot 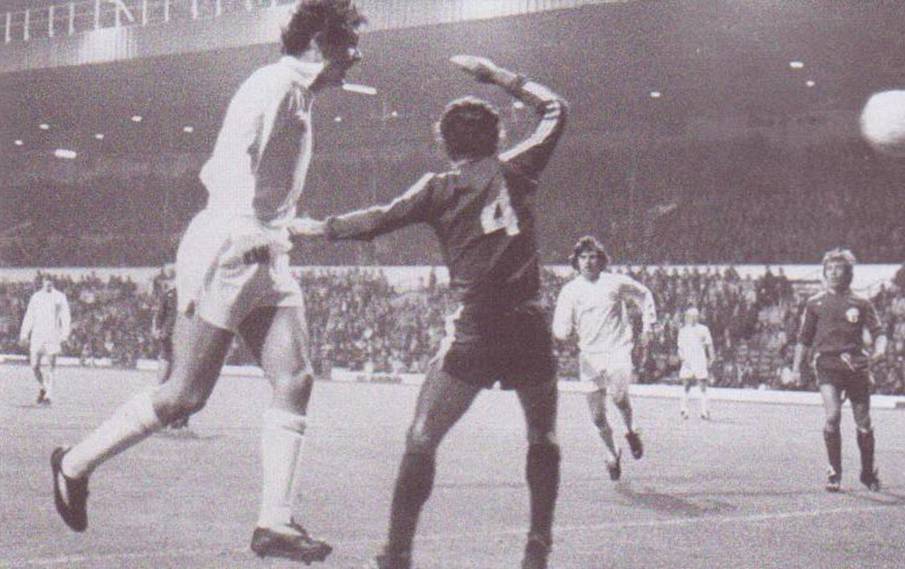 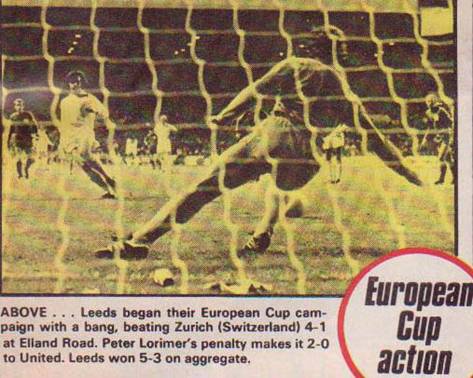 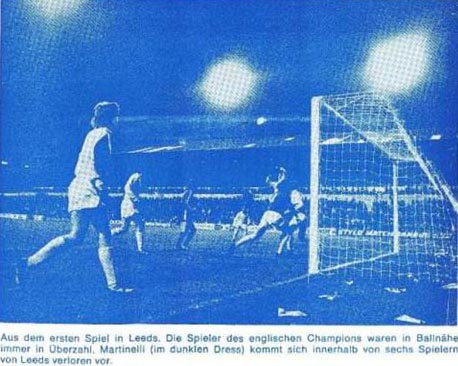 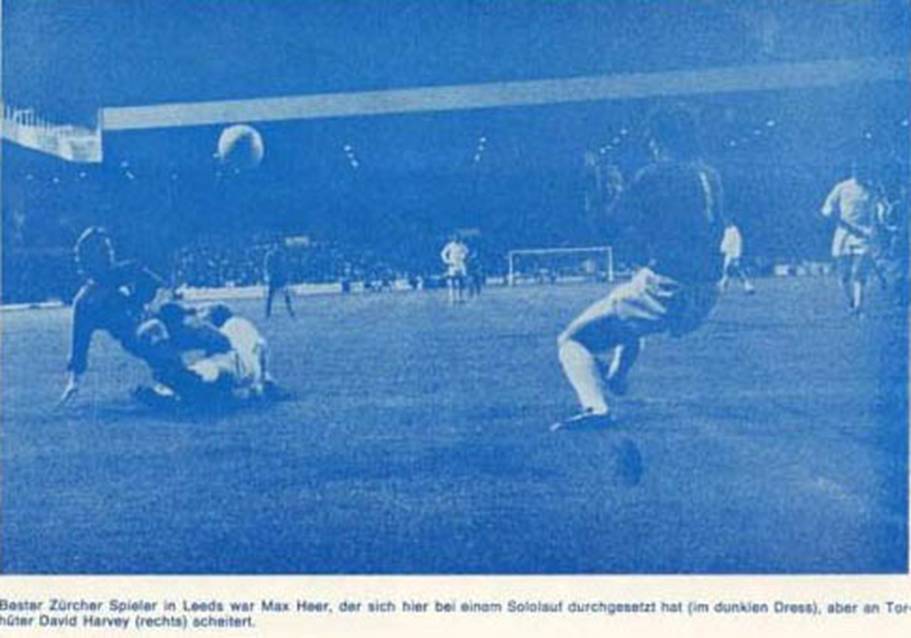 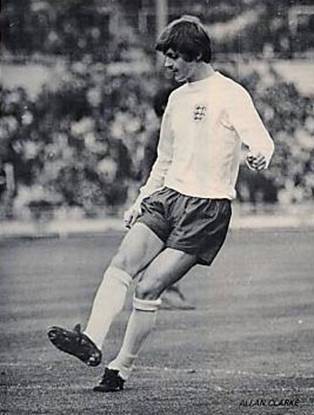 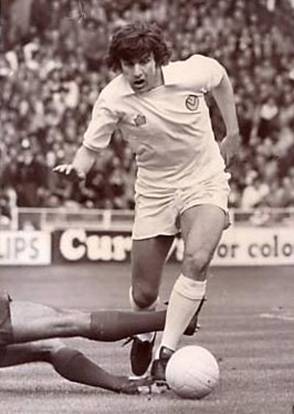 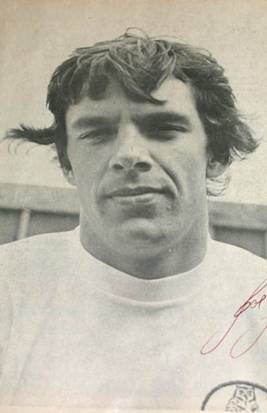 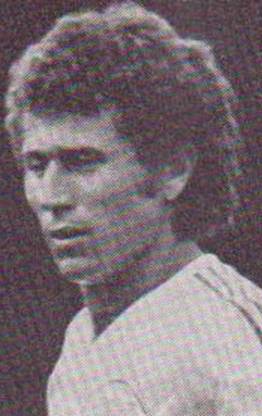 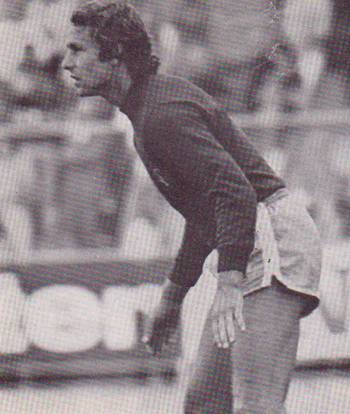 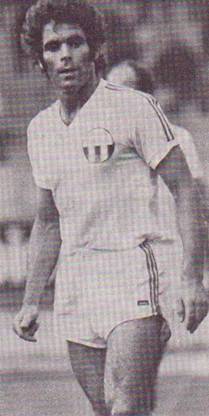 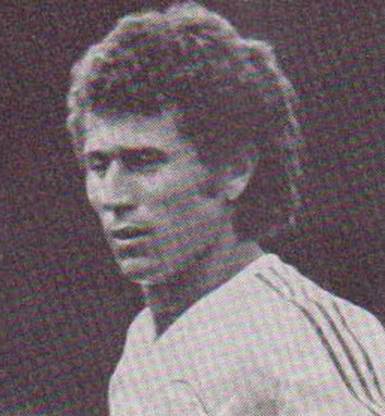 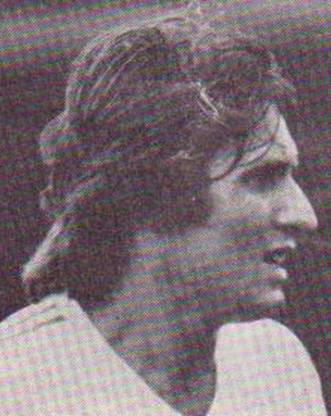 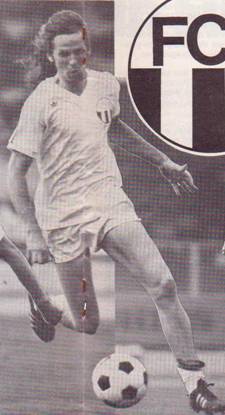