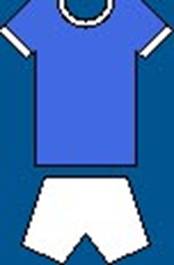 All those English jokes about Scottish goalkeepers didn’t raise much of a laugh when United were sent tumbling out of the European Cup by Rangers. An inspired performance by Andy Goram broke United’s hearts as the Scottish Champions pulled off a superb smash-and-grab victory at to seal a 4-2 aggregate victory. While had been partially derailed at Ibrox by John Lukic’s error, Ranger’s No. 1 pulled off a succession of outstanding saves.

United were quite optimistic about pulling back the single goal defecit in the return second leg. That lasted all of three minutes into the return, in front of only 25,118 at . In the return leg at , as at Ibrox, there was an early goal, but it was Rangers that stunned United. The fans were still settling into their seats when Mark Hateley's wonder goal left United reeling. After Eric Cantona had been denied by a magnificent save by Andy Goram after just two minutes, Mark Hateley caught John Lukic out with a stunning twenty-five yard left-foot strike, as he swivelled acrobatically to connect perfectly with an Ally McCoist knock down from Andy Goram's long clearance in the third minute. It was a hammer blow for United, who were getting little exchange out of Lee Chapman’s aerial duels with Richard Gough and John Brown.

Leeds, who had drafted in David Rocastle for the injured David Batty in only his second start for the club, gradually worked a way round the back of the Ranger’s defence, but twice the outstanding Andy Goram denied Eric Cantona and Leeds-born son of ex-United player Any McCall, Stuart, kicked off the line from a Chris Whyte effort from a corner.

Howard Wilkinson said, “Once that first goal goes in there is a whole different projection on the game. It made us do everything we didn’t want to do. It was like trying to carry a ton weight up the down escalator.” His men had to be more gung-ho than they had anticipated and had to take risks to get back in the tie. That left them open to the counter and Rangers exploited it with brilliant effect. After Eric Cantona had lost possession, Mark Hateley created space down the left with a smart dummy and took Ian Durrant’s pass in his stride. He delivered the perfect cross for the predatory Ally McCoist to angle a fine header beyond John Lukic from five yards after fifty-nine minutes to seal United’s fate.

A quick reply would have given United faint hope, but Rod Wallace's sixty-fifth minute shot was brilliantly turned on to a post by the outstanding Andy Goram. When Cantona did find the target, from Lee Chapman's header, it was too little too late, though Howard Wilkinson was determined to look on the bright side.

He said: "We gave Rangers as thorough an examination as I think you could give anyone under the circumstances. When a team goes 1-0 up in the leg after having started out 2-1 ahead in the tie, it makes the game go a certain way. I have seen teams concede three or four goals in circumstances like that, but all of our lads kept going and kept playing and we never let Rangers dominate."

United brought on Steve Hodge for David Rocastle and Rod Wallace for Chris Fairclough three minutes after the goal and Rod Wallace saw Andy Goram push his shot against the post.  Although Eric Cantona eighty-fifth minute goal was well deserved, Andy Goram still had time to save from Eric Cantona, Rod Wallace and Gary Speed to ensure the Rangers’ victory and it ended 2-1 to the visitors who won 4-2 on aggregate. Mark Hateley was later play for briefly on loan from QPR several years later.

Howard Wilkinson felt John Lukic should have saved the first goal, though the home keeper made amends when he twice denied Ally McCoist. United, without the injured David Batty, had thirteen shots on target, but Andy Goram had a towering game and when he was finally beaten, the tie was long gone. 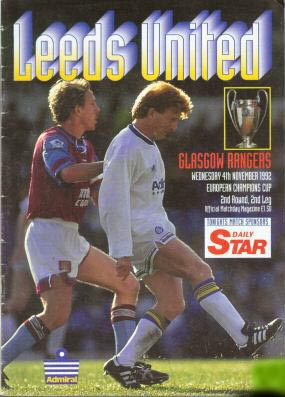 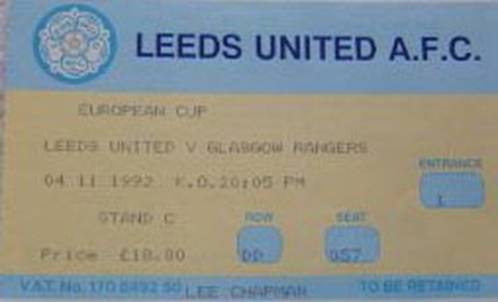 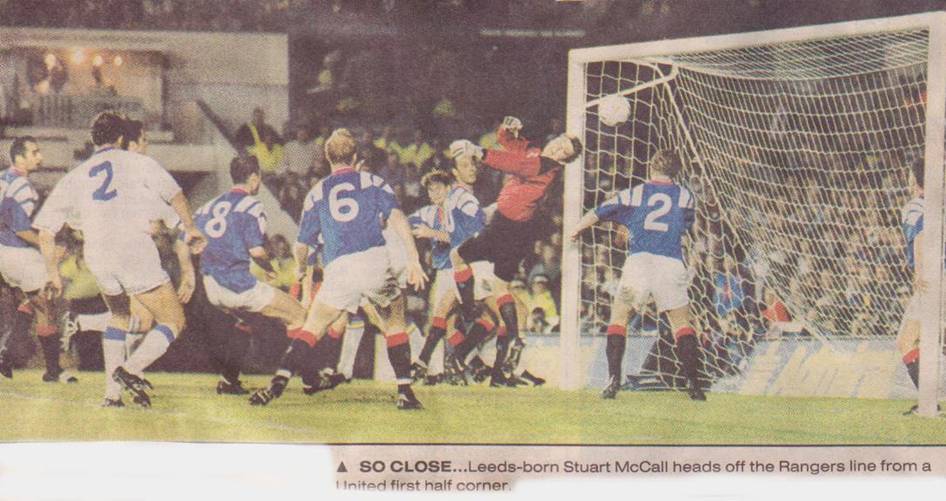 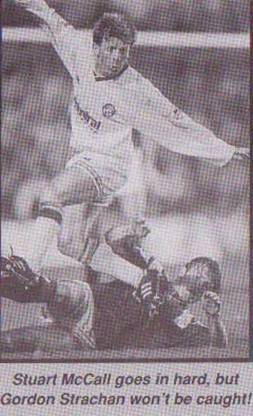 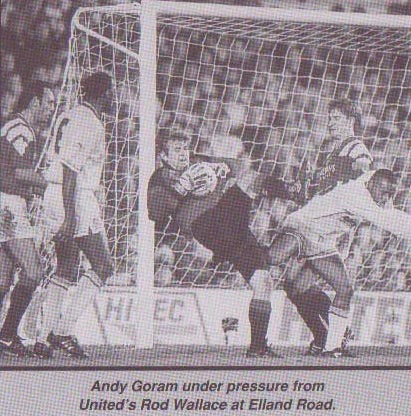 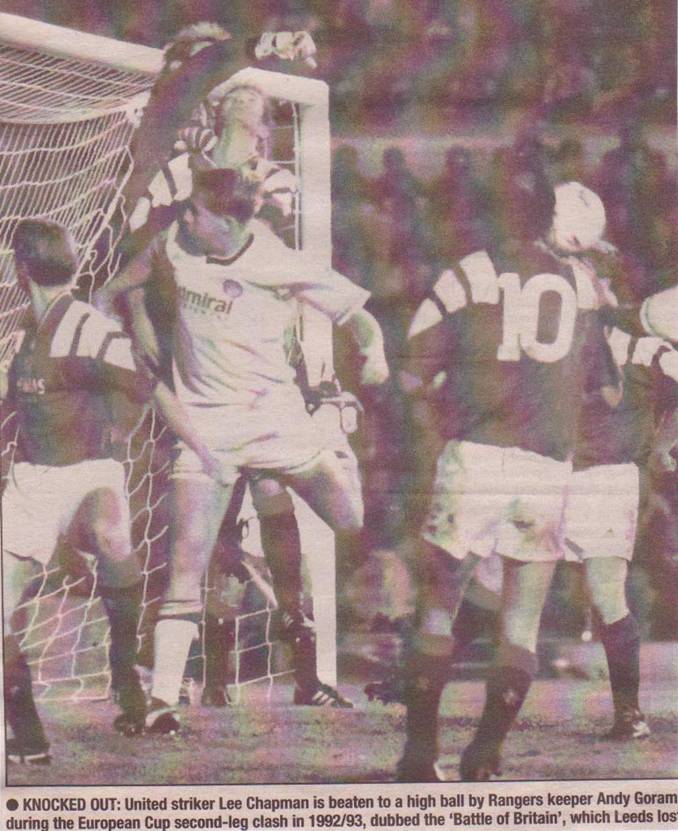 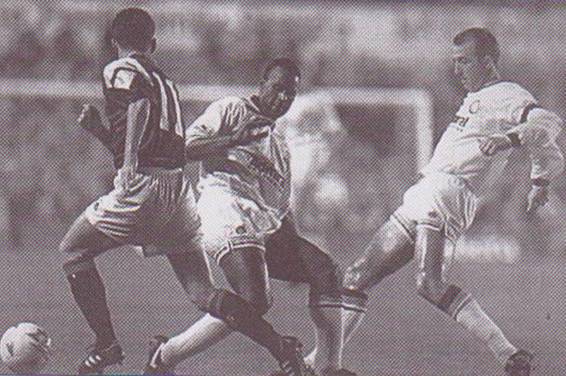 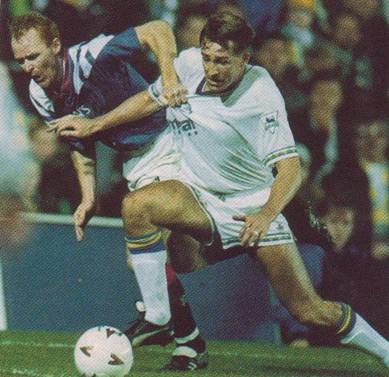 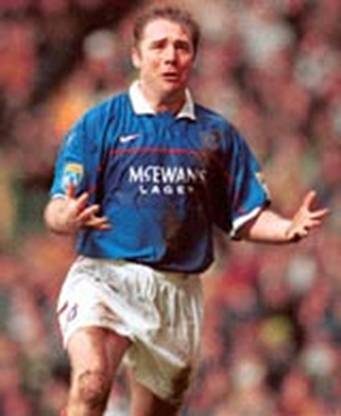 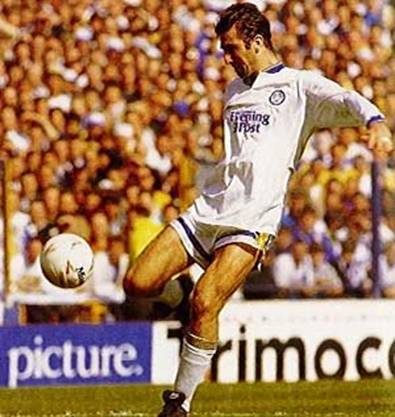 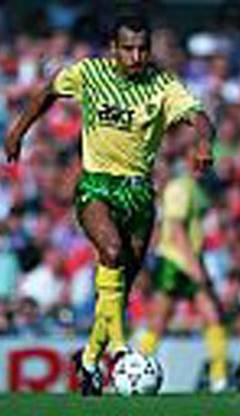 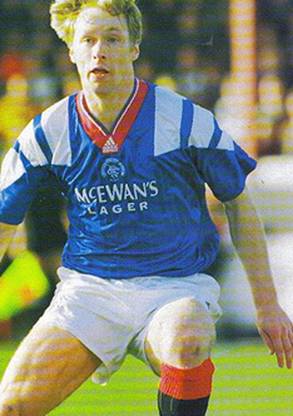 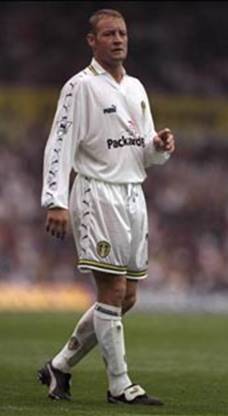 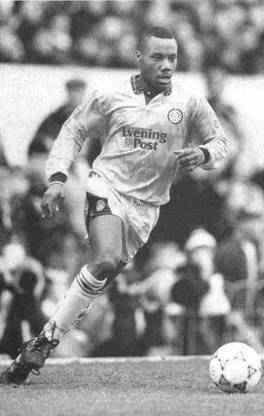 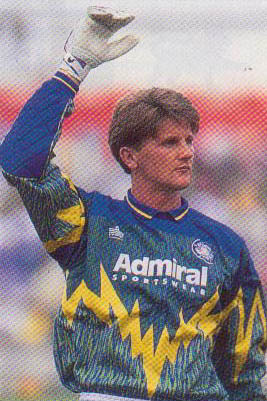 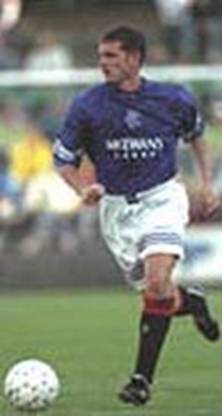